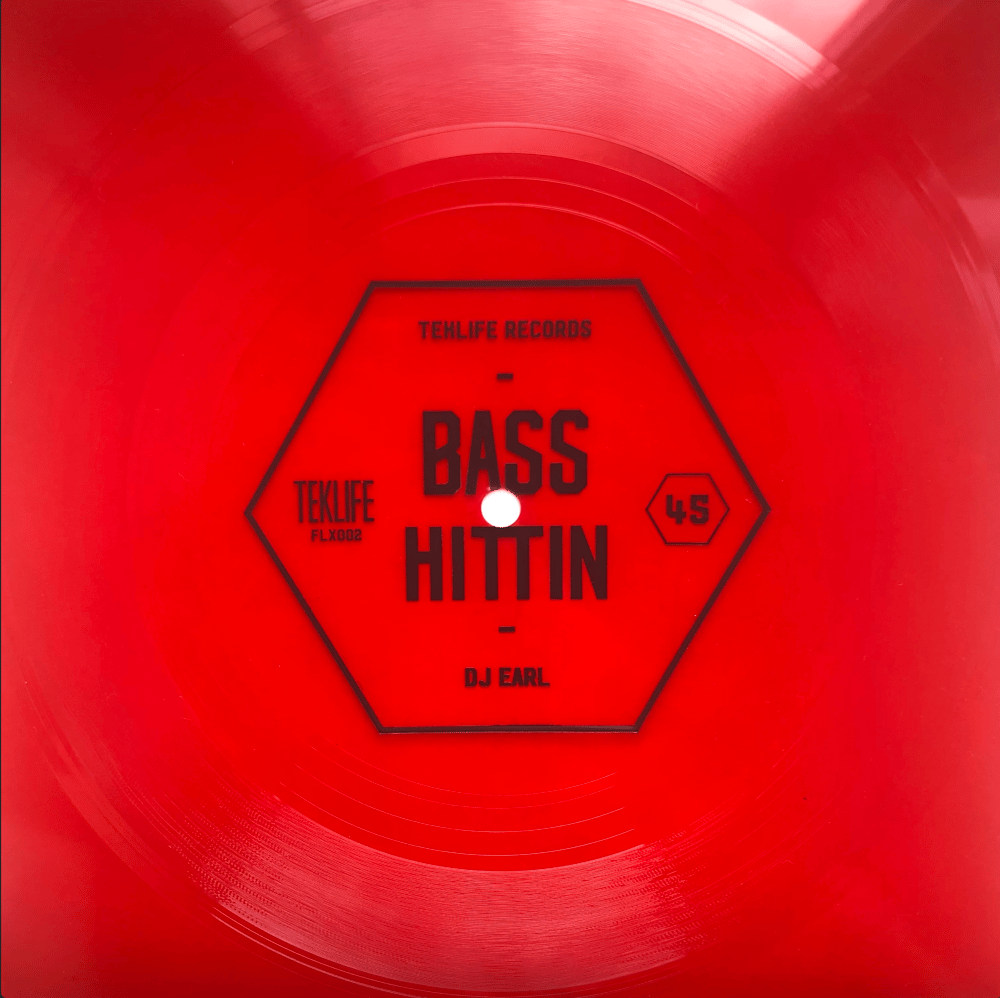 Continuing the Teklife flexi disc series, Chicago legend DJ Earl cuts BASS HITTIN onto another thin slice of single-sided wax. This thunderous devotion to everyone's favorite frequency range holds a conversation between classic footwork throbbing triplet subs, and a stuttering vocal describing them. Sci-fi squelches are attacked by malicious claps and snares, cramming as much action as possible into the short duration allowed on the medium. Brilliantly upfront and utilitarian, this track is the ultimate tool to test if the sound technician is doing their job right, and is destined to shake the entire building permitted the subwoofers aren’t trash.