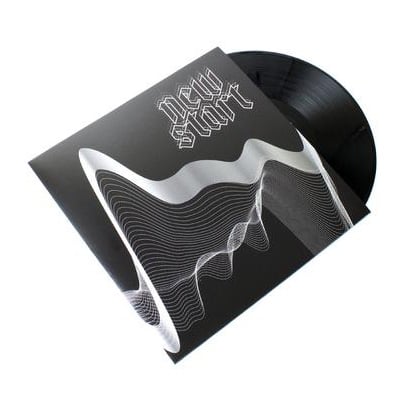 Once again, the spirit of collaboration is a key element: Teklife is a closely connected group of friends, working together harmoniously, and pushing each other to greater heights and depths through a shared love of footwork. "Smoke Dat Green", Taso's collaboration with DJ Earl, was featured on Open Your Eyes (TEKLIFE 002EP, 2016), and now, Taso himself takes center stage for the next installment, presenting unreleased classics alongside brand new footwork sounds on New Start. An accomplished DJ and MC, Taso frequently appears alongside DJ Spinn at Teklife showcases all over the world. A multi-instrumentalist with a degree in audio engineering, Taso fuses raw musical talent with technical expertise. Since January of 2016, he has released an impressive eight volumes of the Cold Heat EP series, bringing together a whole range of musical styles and moods through his MPC at 160 BPM. This versatility and willingness to draw inspiration from different sources is evident throughout the New Start LP. The title track is sultry and soulful, with Rashad and Spinn's masterful influence clearly present. "Don't Get Mad" provides a stark contrast - a dancefloor-orientated hype track featuring an on point vocal by Gant-Man. "Bussin", featuring DJ Manny and DJ Tre, sounds like a love letter from footwork to jungle music. The flip side starts off with "AM Track", another beautifully crafted classic, featuring DJ Rashad and DJ Spinn. "In The Green Room", featuring DJ Taye, is a muscular, speaker-rattling West Coast jam, and "Murda Bass" takes its cue from golden era UK dubstep. The heavily-filtered final notes of "De Capo Al Coda", featuring DJ Earl, round off a diverse but consistently high-quality outing from Taso and the Teklife family.